You can find on this page the map of Moscow bike route and the map of Moscow Velobike stations. The city of Moscow has undertaken considerable efforts to develop the use of bicycles by creating miles of trails and bike paths, a system of bike sharing and also cycling routes to move easily in Moscow. 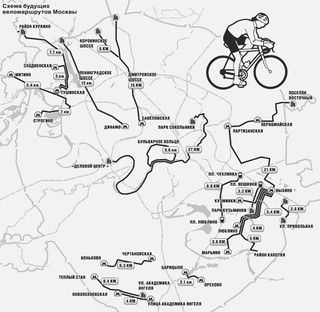 The Moscow bike network is about 62 miles (100 km) thanks to a strong policy to develop the dedicated cycle path initiated by the city of Moscow. Many dedicated lanes for cyclists have been built to facilitate coexistence with motorists. Bike routes were created to help people enjoy the city. 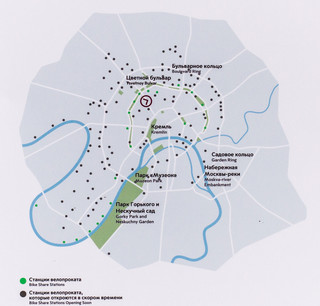 Velobike is the public bicycle sharing system in Moscow available since 2013. Established by the city of Moscow, the system is operated by CityBike (СитиБайк). The network proposes a fleet of 2,700 bicycles over 280 stations.